Rising star Mora who has been working nonstop as a producer and songwriter has released his new single with Latin Urban star Farruko, “No Digas Nada.” The new single, a fusion of dancehall with urban rhythms, was born out of both artists mutual admiration. The new song follows the first single “Pégate”, from Mora’s debut album “Primer Día de Clases”. “No digas nada” available on all digital and streaming platforms.

Mora started his musical career as a producer before launching his career as a recording artist. Recently the artist co-wrote songs with Global Superstar Bad Bunny on two songs from his most recent album, “La Difícil” and “Soliá.” The artist also collaborated with Bad Bunny on the track “Una Vez”.

The rising star has collaborated with the most important artists of the genre such as Bad Bunny, Rafa Pabón, Joyce Santana, Big Soto, Mike Towers, Noriel, Bryant Myers and Brray, among others. Mora is ready to take the next step in his international career with Rimas Music. 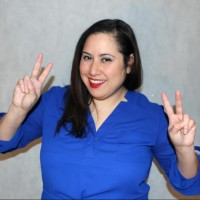